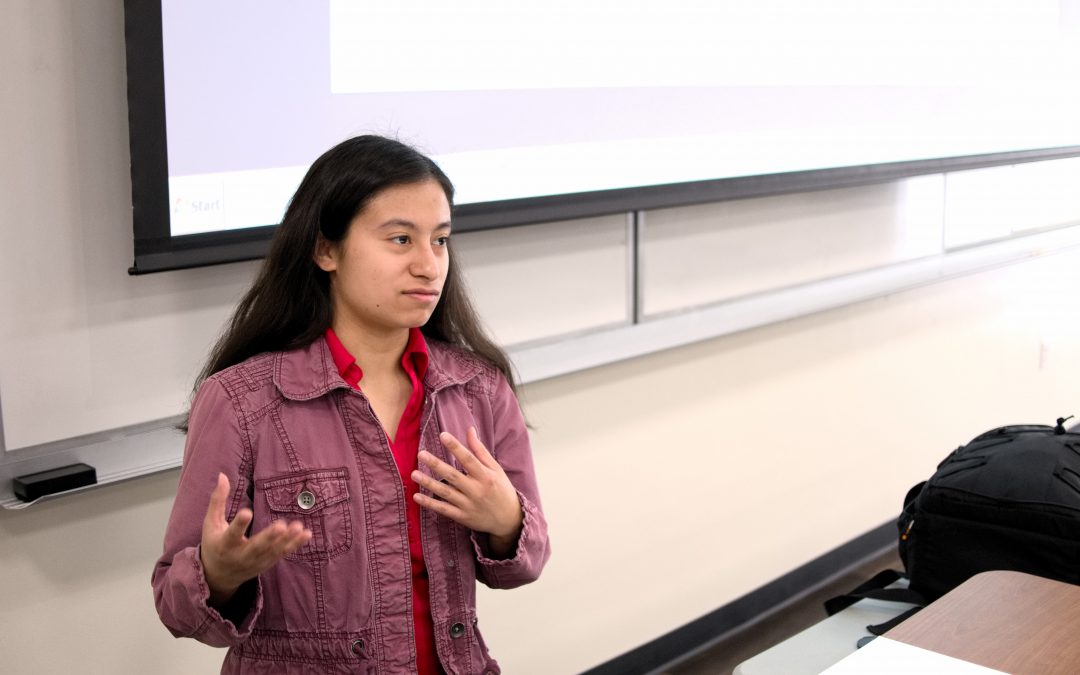 Explore SDSU is an annual San Diego State University event which brings various campus offices, communities, and organizations together to provide information booths, workshops, tours, and open houses for current and prospective students. The event encourages students to become more involved on campus, be more informed about organizations and programs, and, as the name suggests, “explore” SDSU. 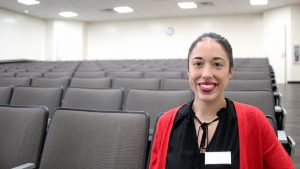 On the other side of the spectrum, freshman Monique Bareño gave students insight into her life living in the SDSU residence halls. She discussed some of the benefits of living on campus, such the convenience of being close to her on-campus job and classes. Monique gave the incoming freshmen a unique perspective on why it may be worth investing in their college experience in order to take advantage of all the benefits the Compact Scholars program as well as other organizations have to offer.

Next was Jacob Santo Domingo, who briefly explained his experience participating in various clubs. He explained that he is an active member in the Scholars for Success program, as well as the President of the Young Americans for Liberty. His role as a member of Scholars for Success is to create a sense of community within the Compact Scholars program. He explained that he has worked his way up to all the leadership roles in the clubs he participates in and encouraged incoming freshman students to do the same.

Next, Ariana Barajas shared her life-changing experience studying abroad for a semester in Spain. She showed students some of the photos of her favorite locations in Spain and how studying abroad enhanced her college experience, as well as some of the difficulties she faced. For example, Ariana shared a funny story about her first week in Spain. She explained that while home in the U.S she always went grocery shopping on Sundays. On her first Sunday in Spain, she intended to go grocery shopping but realized that businesses aren’t open on Sundays! Despite some of the obstacles Ariana faced, the skills she acquired as a Compact Scholar allowed her to adapt and ultimately have a fantastic time abroad.

The fifth panelist, Lorena Romero, shared her experience working on campus. As a commuter, Lorena felt that living off campus made her feel disconnected from her peers until she landed a job on campus at the DUS Student Lounge. As a front desk receptionist and student mentor, Lorena’s position gave her a sense of belonging despite living off campus.

Finally, Thelmalyn Montenegro spoke about her internships. Thelmalyn started off by debunking some myths about internships and explained that you can start interning as early as freshman year. She also emphasized that taking unpaid internships ultimately help students get their foot through the door. Using all of the Compact Scholars resources and the skills she learned from the program, Thelmalyn was able to jumpstart her career and is confident that her work experience will help her land a job after graduation. 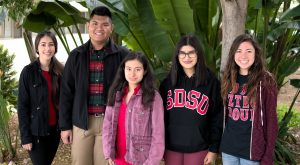 The student panelists seem to agree that their participation in the Compact Scholars Program enriched their college experiences. For example, many shared that by utilizing Compact Scholars Program resources such as the student lounge, academic advising, study abroad advising, and other key features of CSP, they felt empowered to advocate for themselves and improve their educational experience.

As an added bonus, after each panel, three audience members were chosen as winners of an opportunity drawing and won an SDSU water bottle, an SDSU keychain, or an SDSU t-shirt.